The kids’ lego storage is currently a set of cardboard drawers and shelves and frankly when we bought them they were adequate but in less than a year the poor shelves are groaning under the weight and constant use!

And so, for a few months now, I’ve been planning an upgrade for some of their lego storage needs. I spotted THE most awesome superhero wallpaper in a hardware store (it’s THIS wallpaper – and I only needed a sample for the amount I used on the box) and brought a sample of it home, at the time not entirely sure where it was destined for; and I picked up some cool superhero wrapping paper a couple of weeks later at a grocery store. Some of which ended up wrapping the husband’s valentines gift (I got some serious wifey points there!) and some comics for the boys, but the rest was saved because by then I knew what I was going to do with it all!

And so, without further ado: 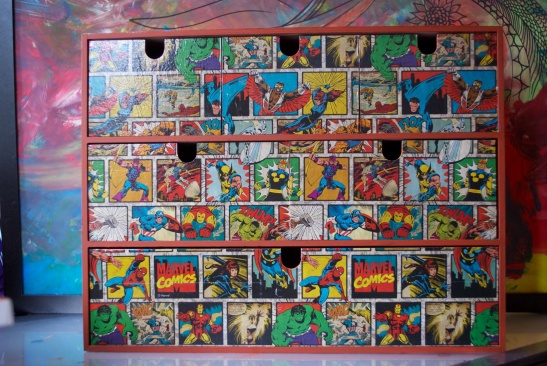 The inside of the main box and all the drawers themselves have been painted in various colours of emulsion paint, using tester pots that we’d bought to test out in the house we’re moving into soon. I think I used five different colours in all, in this case various shades of orange, red and brown. 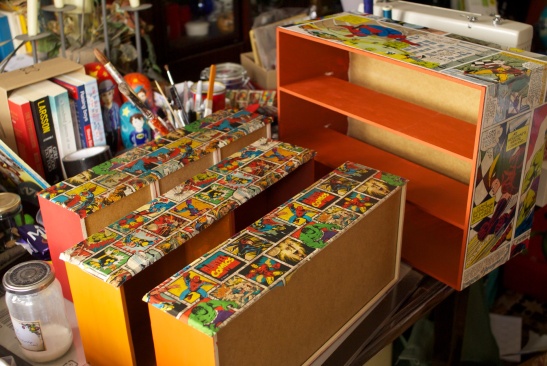 I stuck the paper on by pasting both the reverse of the paper AND the boxes themselves with watered-down PVA, and smoothing the paper on verrrry carefully, smoothing out any air bubbles that had become trapped. The small boxes were pegged together to stop them from twisting as the paper dried. I left up to 5mm excess around all edges to trim off later – better to have excess than to be short! 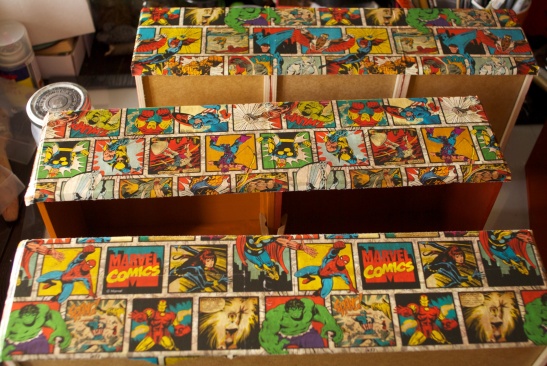 While the fronts of the boxes were drying it was time to cover the outside of the main box. I used wallpaper for this. I trimmed the paper to size before pasting this as I figured wallpaper was unlikely to stretch, and I made sure that I cut the paper to size along the edges of the cartoon strip borders wherever I could. 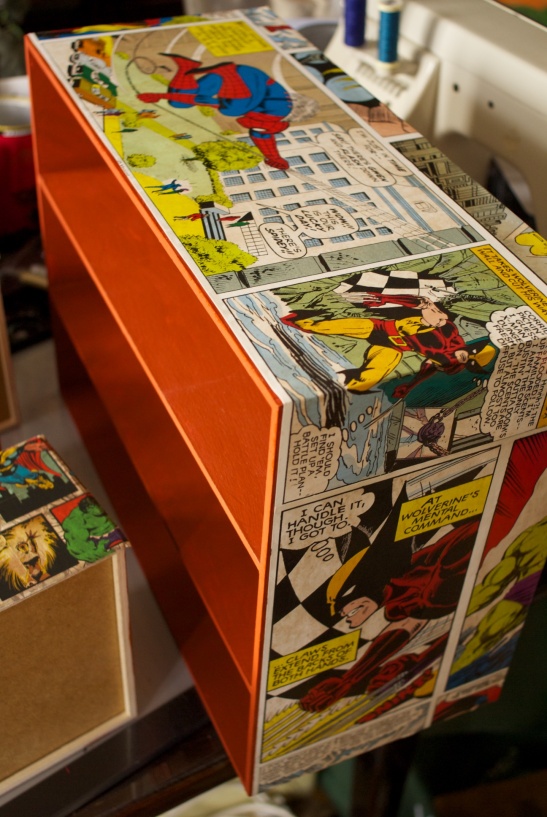 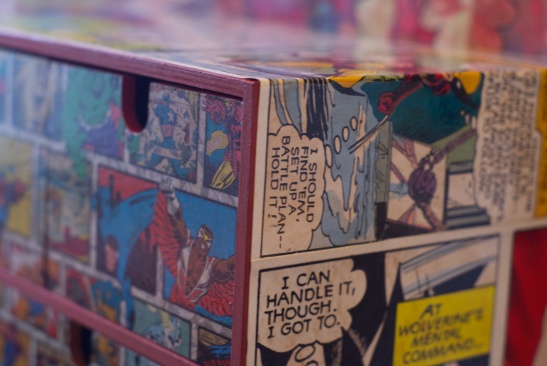 Once the wallpaper was on (it required a lot of patience, and pressing down to keep it stuck as it dried, and folding and more pressing… and I still have a few snags to re-stick….) and had all dried I painted on a layer of clear varnish. Still waiting for that to fully cure two days later!! 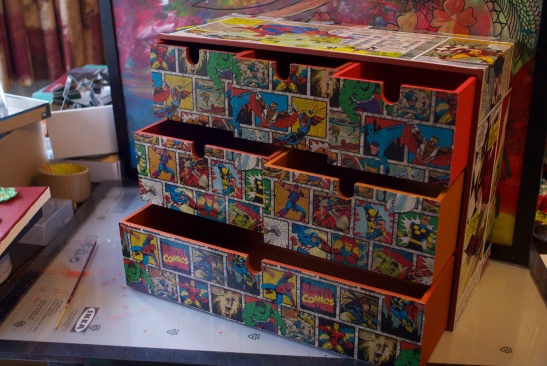 Looks awesome though. Can’t WAIT to let the boys put their lego in it. I’m sure the original cardboard storage will stay in use though too, I’ll have to keep my eyes open for some more superhero paper to re-cover it to match!